TODD: Just a few months ago, a caller asked Rush about the origin of one such nickname.

RUSH: Mark in a tractor-trailer somewhere in Massachusetts. It's great to have you here with us, sir. Hi. 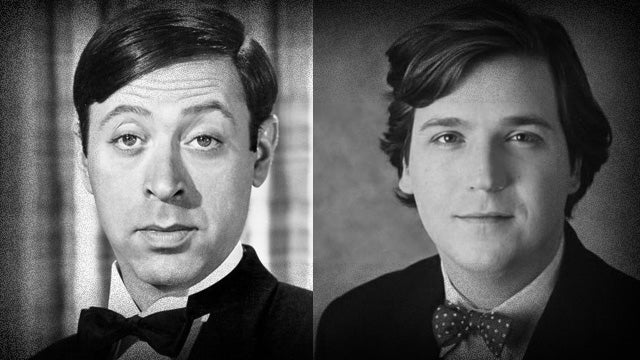 CALLER: Yeah. I call him that now. My wife says, "Stop that." (laughing)

RUSH: Do you know who Chatsworth Osborne, Jr. was?

RUSH: Do you ever remember watching a television show -- how old are you?

CALLER: Sixty. I didn't watch much TV, though.

CALLER: Okay. I never saw that. That's why.

RUSH: It was a college kids' program. Dobie Gillis was a college student, and his buddies were college kids. It was kind of like a college kid version of Leave It To Beaver. And one of the characters was this uppity, elitist, snobbish, know-nothing character named Chatsworth Osborne, Jr. You know, who would name a kid Chatsworth? It's obviously somebody's last name. Chatsworth Osborne, Jr. So the kid was a preppie. And it's a very affectionate nickname that I have developed for Tucker Carlson. I haven't used it in a long time. But that is the source of it. You should YouTube Dobie Gillis and you'll see the character.

CALLER: Well, I'm gonna now when I get home. I should be able to make it home tonight.

RUSH: You'll probably recognize the actor who portrays Chatsworth Osborne, Jr. But that show is now, the sixties, that show is close to 70 years old. And it was in black and white, and I don't remember who starred as Dobie Gillis, but that was the name of the show. And there were all kinds of great characters in it. And it was basically a bunch of smart-ass little college kids even back then. And it was just about their lives and how they interacted with the professors.

I was nine or 10 years old when the show ran. I'm not even sure my memory of it is accurate. But what you need to know is that it was an affectionate nickname. (interruption) Yeah, Dwayne Hickman. That's right. You'll recognize him. Dwayne Hickman was Dobie Gillis, the star of the show. You'll recognize Chatsworth Osborne, Jr. He's a character actor that's been in stuff for 60 years, 50 years at least. Anyway, I'm glad you called out there, Mark.

Now, that's a great Open Line Friday question. And, Mark, were you offended by that or were you worried that Chatsworth would be offended by it? (interruption) Okay, good. Good. 'Cause there was no offense ever intended. (interruption) No, no, no, no. I was not describing Tucker as a know-nothing elitist. It's a physical similarity, Chatsworth Osborne, Jr. And I named him that when Tucker was hosting Crossfire back on CNN.

TODD: Such was the power of Rush's personality and the scope of EIB that people were concerned that he had permanently rebranded Tucker Carlson on Fox News as Chatsworth Osborne Jr. That would have been cool on Rush's TV show, and speaking of that, Lisa from Jasper, Georgia, joins us on the Rush Limbaugh program. Lisa, it's Todd Herman sitting in for dearly departed, dear Rush. Welcome to Rush's show.

CALLER: Thank you. I was introduced to Rush on television back in the nineties. I would be getting my children ready for school. My family were all working class, southern, hardworking Democrats. As we know our parties are not as they were back then. Things have evolved and changed. But I was Democrat because my parents were. I would have him on, and I would get so frustrated and so aggravated. But I couldn't turn him off! 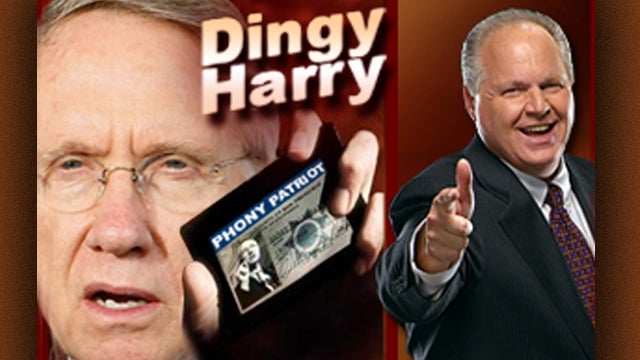 CALLER: I kept listening to the show, because he was so passionate with everything he said, you couldn't stop listening. And over the years during that time raising my kids, I really didn't have time to really be political. And it's not until the last 10 years or so that I started listening again. And he completely changed my political views.

CALLER: Because it made sense.

CALLER: It wasn't a bunch of gibberish trying to... It wasn't the things against one side or the other. He told the truth about the news.

CALLER: He told us what was going on. It wasn't a bunch of padding for the left or the right. And there did get to be some of that, but he made me be able to see things in a way that it was understandable for all of us.

CALLER: So I do mourn the loss of him, but I more celebrate all the things that he accomplished, all the minds that he was able to change with his words and his passion. I think we're all blessed that we got to have that, that we got to have... (choking up) be able to get in our car and turn the radio on and hear that voice -- 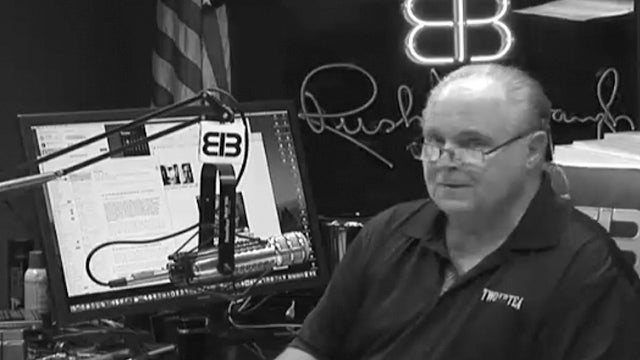 TODD: Absolutely. Rush shared before he passed, Lisa, Rush shared that he felt sometimes that he'd failed to not change enough minds. I remember that day listening to Rush in my truck as people called to say, "You know, I hate to disagree with you, but no, you didn't fail. Can you imagine how much time you bought this country?

"And how you've equipped us to be peaceful warriors right now and to push for what's right." I wish Rush were here to take this phone call from you to know that the TV show led you that way. But also I do believe Rush hears words like this from heaven. That's a great phone call. I really appreciate that, Lisa. Thank you for calling Rush's show.

CALLER: Thanks for taking my call.

TODD: Of course. There are people far smarter than me figuring that out, and it's just a blessing that EIB has continued in this way, and that just speaks to the power of this neither.