RUSH: There was a story that ran -- it was either Saturday or Sunday in the New York Post -- and I could not believe it. I did a double-take. I could not believe that I was reading it. That story now has jumped from the New York Post to TheBlaze.com. Here's the headline of the story: "Democratic NY City Councilman Says Hydroxychloroquine Saved His Life, Thanks Trump for Advocating Drug --

"Democratic New York City Councilman Paul Vallone credits hydroxychloroquine with saving his life as he fought against the lethal respiratory disease. Vallone, who represents Queens, told the New York Post that 'basically saved me.' Vallone was extremely ill with coronavirus in March. The situation was dire because he already suffers from sarcoidosis, an incurable auto-immune disease that mostly affects the lungs and lymph glands. 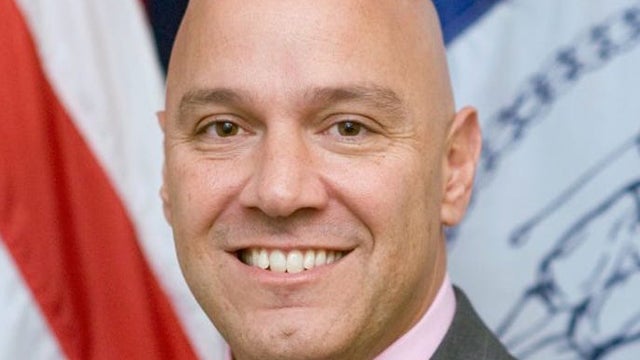 "'We were in panic mode when I went down because I didn't have a lot of immune response,' Vallone said. 'I needed something to stay alive.' 'I couldn't breathe, very weak, couldn't get out of bed,' he said. 'My doctor prescribed it,'" hydroxychloroquine, back in March. "'My pharmacy had it. Took it that day and within two to three days I was able to breathe.' Vallone took hydroxychloroquine with a flu Z-pack and 'within a week' he was back on his feet.

"'At that time, there was only fear and panic,'" again, this is in March, folks. Back then "there was only fear and panic. He offered hope...'" He's talking about Trump here. "'e offered hope in a possible treatment when there was none,' Vallone said of Trump's endorsement of hydroxychloroquine. 'With my sarcoidosis and then my COVID symptoms, it basically saved me. For that my family will always be thankful.'"

You may recognize the name. His brother, Peter Vallone, "a former city councilman and a current civil court judge in Queens, touted the drug in a Facebook post." So both of these Vallone guys -- big-time New York Democrats -- are touting hydroxychloroquine and thanking Trump for recommending it. I can't believe this, because, folks, there is a massive effort... You don't know. (Maybe you do.) There's a massive effort to deny the hydroxychloroquine story.

There is a massive effort to suppress it.

There's a massive effort to bury every one of these types of stories that surfaces.

This one made it.

This one made it through and was published over the weekend in the New York Post.